Matthew Walzer a 16 year old junior from Parkland, FL had a brain injury when he was born which caused him to have Cerebral Palsy. Matthew explains in his blog that he has overcome many obstacles in his life. His parents were told that he would never walk and if he ever did talk he would have a major speech impediment. Beating all odds, Matthew can walk (independently at home and with the help of crutches at school) and he never had problems with his speech. His strong passions for writing and journalism helped motivate him to excel in school with a 3.9 grade point average, and he plans to go to college in the future.

Although there is one challenge he is still trying to master- trying his shoes, "My dream is to go to the college of my choice without having to worry about someone coming to tie my shoes everyday." 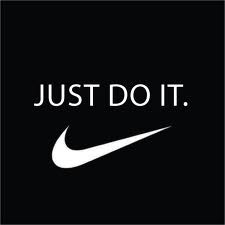 Matthew reached out to the CEO of Nike Mark Parker and wrote him a letter asking to create a shoe that is better suited for a physically challenged individual. Matthew only wears Nike sneakers because of the support that he needs, "If Nike would design and produce basketball and running shoes with moderate support and some kind of closure system that could be used by everyone, Nike could create a shoe line that attracts people that face the same physical challenges I did and still do, yet it could still be possible for anyone to wear them."

Within 48 hours after writing the letter, it went viral, #NikeLetter and he received an unbelievable amount of support. Parker responded to Matthew and is now working with a team to create an existing shoe that still gives him the support he needs but redesigning it so it can be closed with Velcro. He is hoping the sneakers will be on his feet in no time!